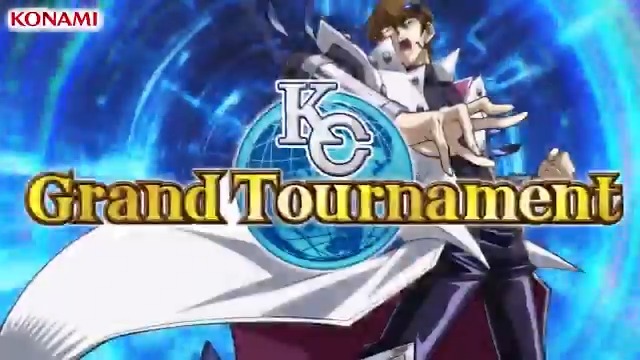 Want to share your deck to help other playes? Send us an e-mail at gametaro39@gmail.com with the image of your deck and proof of reaching KC Lvl Max along with how it works! The title of your email must be KOG deck [KC Cup].

Send us screenshots of your deck which is used to get thrugh the 1st stage of the KC Cup and the proof.

IGN: Gidderz, Skill: Right Back at You, Date Submitted: June 11

Anonymous
Is this glitch?

Anonymous Reply
This is normal player, you can change your deck after duel
<< Anonymous

Anonymous Reply
so this is not a clan where everyone uses the same name?
<< Anonymous

Anonymous Reply
no lol that is the case for any kcc

Mikasa Reply
Honestly, I'd skip it if I were you. No interesting things in this box at all.
<< Anonymous(Mikasa)

Anonymous Reply
Don't listen to him, he's a troll who is trying to sabotage the game by telling you not to not buy boxes.

He doesn't like people playing and spending on Duel Links

Yami Aster Reply
For a long time, it was too much fun with the magician girls and invoked, cyber dragons, blue-eyes, vision heroes and aromages. But now it is getting like the "I don't care" or "I don't know what to do" boxes. I got like 9000 something gems and I gotta do something soon. I hope it can help invoked at least. But god, no more spellbook support...
<< Anonymous(Mikasa)

Yami Aster Reply
*Oh, and Lunalights. Wish they would hurry up and give us fluffals, too.

Anonymous
Anyone else go through bouts of extremely bad luck, I just did four duels in a row where I had to go first and had a brick hand where I couldn’t do anything. Is this Konami’s idea of balanced if you’re doing really well they need to rig the game against you so it’s fair for other people
Reply
See all 6 comments..
<< Anonymous

Anonymous Reply
Happens all the time. Played for like 10 games straight with no squire in the hand and other bricks like 2 spectral sword + solitaire.
<< Anonymous

Anonymous Reply
I played a HERO Fusion deck before. The deck has more monsters than Spell.

Doesn't stop the game from giving me 3 Poly and 2 fusion subs for opening hand.

Anonymous Reply
Without having seen your deck, the fact that you play 3 polym is a bad sign for you deck.
<< Anonymous

Anonymous Reply
Well it just show the difference between meta and normal deck. Nothing unusual, sadly.

Anonymous
if your past stage 1 congratz , not everybody can get past stage 2 has easily
Reply
<< Anonymous

Anonymous Reply
I put a lot of s/T removal since backrow cant be separated from meta, especially DM.
Its hard to reach stage 2 with non meta unless you fill your half deck with them.

Anonymous
in the kc the most i get is 10 to 15 but find it a struggle to find matches to win against even when serious trying to win yet even if i got to stage 2 it be worse trying to win.
Reply

Anonymous Reply
Do you see any tuners in his deck?
<< Anonymous(Yamaneko)

Anonymous Reply
Considering the lack of Tuners, I'd say it's probably nothing important. Just a bluff basically.

Anonymous
refreshing to see truth on here for once. The white-hate agenda is spurred by Jews, 100%. They control academia and the media. You won't hear a peep about Jewish Supremacy or anti Judaism ANYWHERE in media. But you WILL hear about all the negatives of other religions, especially Christianity. You won't hear about how Jews are concerned with racial purity, their god-given ethnic state, and how they believe goyim are their cattle, but you WILL hear about white supremacy, which is pretty much non-existent compared to their group.

They get away with this because the majority of non-whites (especially Blacks), don't realize these people in great positions of power aren't white, but in fact are Jewish. Jews are actively trying to keep the poor stupid. I'm sorry, but it's a fact. Jews are behind the hip hop industry. They push everything that will destroy the spirit in goy. They push LBGTQ agendas, even though they DESPISE it, because it hurts racial purity. It's for the goyim, not them.

Anonymous Reply
No, I just got my first chance by winning 3 consecutive times, but I lost, then need 2 consecutives wins to get the rank-up match, and I capitalized :D

Anonymous Reply
Unlike regular ranked, in this event you don't need 5 in a row to reach DLv Max. All you need is 5 win points. You get a point by winning but lose a point when losing. So if you get 4 consecutive wins but you lose the next match, your win points will become 3, which means you need 2 more wins to DLv Max

How to Report Abuse
→ Past updates
GameA Discord

Tales of the Noble Knights

The Supreme King 87
Evil Heroes are the Heroes that turns evil, or people who are considered as their hero by the evi...
Forbidden Lance | Decks and Tips 38
Thanks for the update :)
That Grass Looks Greener | Decks and Rulings 129
now you cant fool
Axel Brodie 101
I don't recall any other Fire specialist from any of the anime series, so...yeah of course h...
> Go to the latest comments

Jinzo vs vision hero
Lvl 50 Legendary Duelist
Why didn't i unllock Yugi DSODeven though i have more than 2.400.000 points for the event ? Thanks
Yubel-Ultimate Nightmare
JP Voice Soundtrack and the text
i have ur dream ticket question
Did some people cheat the pvp timer?
Yu-Gi-Oh Duell Links Schwarzer Bildschirm beheben durch VPN?
> See All